The impact of climate change on the Himalayas

The impact of climate change on the Himalayas

The Himalayas is one of the youngest mountains chain in the world, lavished with biological diversity from Western to Eastern Himalayas. The mountain development and a panoramic view of the Himalayas have inspired humans for centuries, even spiritual inspiration. 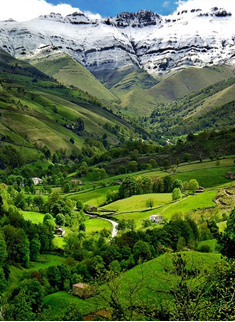 The Himalayan ecosystem is rapidly changing due to the influence of global and regional changes including climate change and natural calamities. As a result, the Himalayan ecosystem is susceptible to accelerated soil erosion, landslides, land infertility, extinction of species, encroachment of invasive species, melting glaciers and favored habitat loss and genetic biodiversity. This has impacted the livelihoods of millions of inhabitants of the Himalayan region and adjacent areas.

The lacks of livelihood in the Himalayan region has enhanced the migration of inhabitants to the plans for a better quality of life and for a bright future of their progeny. This ecosystem is tectonically active and ecologically fragile, and so, this is one of the most economically underdeveloped and most densely populated mountain ecosystems in the world. Hence, such natural and human interventions render the Himalayan ecosystem highly vulnerable to climate change, particularly, the melting of glaciers, changes in the patterns of precipitation and biodiversity loss. A number of species has shifted upwards and changes in species composition. Furthermore, it has aggravated due to land use changes, land infertility and over exploitation of nature. Therefore, immediate measures are needed to tackle the problems in time. It suggests the participation and awareness of mass for Sustainable Himalayan development.